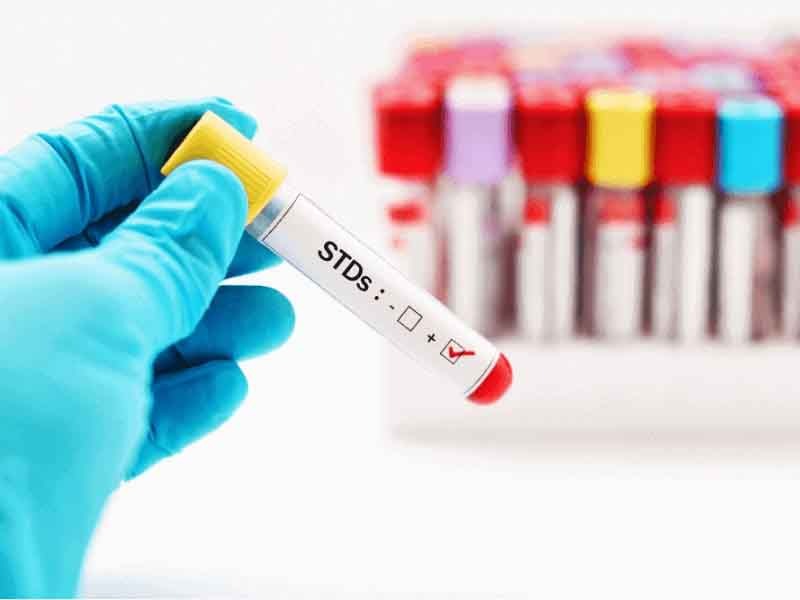 It’s official. For the 5th consecutive year, the number of sexually-transmitted diseases has risen in the United States. Combined cases of chlamydia, gonorrhea, and syphilis totaled 2.4 million, which is actually the largest combined number ever recorded since monitoring began. STD Testing continues to be the best way to determine whether individuals are positive for an STD as not all show symptoms.

This is concerning due to the serious public health consequences that can occur as a result of the prevalence of these STDs in society.  Consequences can include treatment-resistant gonorrhea, congenital syphilis which can lead to infant death, as well as infertility. The rise in STD rates is unsettling, especially since the rates were low, with some STDs nearing extinction, not too long ago. The number of cases of STDs continues to rise, with many women at risk for infertility due to undiagnosed chlamydia.

There are a handful of reasons believed to be responsible for the rise in chlamydia, gonorrhea, and syphilis. One reason for the rise in numbers is that more people than ever before are being tested and diagnosed, with those numbers being reported. Essentially, this is positive because it shows that both awareness and access to testing have increased all over the United States. While it may seem disheartening at first to see the rise in numbers, recognizing that there are many more people being tested than ever before can help to ease some of the fears that those numbers present. The increase in people being tested is important in order to ensure the proper treatment and prevention of the STDs.

Another factor to consider in the increasing number of reported STDs is that condom usage has declined, which means that preventable STDs are being spread more frequently. In fact, the people least likely to use safe sex practices, adolescents and young adults, are also those with the highest number of reported cases of chlamydia, gonorrhea, and syphilis. Studies have shown that between 1991 and 2005, the percentage of sexually-active adolescents using condoms increased from 46.2% to 62.8%, while that percentage has since decreased to 53.8%. These statistics are concerning, especially at a time when sexual education and preventative tools are at an all-time high. It has been estimated that people aged 15-24 make up at least half of all new STD cases, and increasingly worrisome is the belief that one in four sexually-active teen girls is infected with an STD. While sexual education has made strides in recent years, these statistics show that more needs to be done in order to truly reach young people with accurate and accepted information.

States with the highest STD rates are Nevada for syphilis, Alaska for chlamydia, and Mississippi for gonorrhea. Washington D.C. rates were even higher for all three STDs. With 1.8 million cases of chlamydia reported in 2018, it has become the most common notifiable condition in the US. Syphilis, the second most common notifiable condition, had 583,405 cases in the US last year. The surge in sexually transmitted diseases in the United States is troublesome, especially since one of the most common, syphilis, can cause life-threatening complications in infants who become infected with congenital syphilis while they are in the womb. Congenital syphilis cases have been on the rise, essentially doubling since 2013, with 94 infant deaths caused by it in 2018. It is increasingly disheartening due to the fact that these cases of congenital syphilis could be avoided if the mothers were to receive testing and treatment for their conditions. While numbers are on the rise in regards to chlamydia, syphilis, and gonorrhea, the good news is that more people are made aware of their infections and are able to take the necessary precautions and receive essential treatments. Testing is key, especially since many people who are infected by these STDs do not present with any symptoms. It can be a silent condition that is then passed on to others, including, unfortunately, unborn children. Receiving testing is absolutely essential in order to stem the increasing tide of STDs.

At Xpress Urgent Care, you can receive your confidential STD Test and treatment. As a walk-in clinic, we are available when you need us. We have three convenient locations in Tustin, Costa Mesa, and an all-new facility in Stanton, providing service to Irvine, Santa Ana, Newport Beach, Orange, Westminster, Garden Grove, and Anaheim. We are the best STD clinic to meet your needs and provide you with testing at the time that is right for you. Our clinic is open every day of the week, and you never need an appointment to be seen or receive your confidential STD test. If you are unable to get a quick appointment with your primary care doctor, or you don’t have the time to wait in the emergency room, you can visit Xpress Urgent Care at your convenience. Walk-in or check-in online to get your STD testing done today.